Here Is A Hint Inside The First ‘Born This Way Ball’ Tour Show – Dream Of Gaga | Your #1 Lady Gaga Fansite For Your Daily Gaga Fix & The Official Greek Lady Gaga Source.
Skip to the content Lady GaGa is set to play 110 dates, spanning over a year, as part of her Born This Way Ball – which starts in South Korea on Friday (27th April).

At the moment Lady Gaga is rehearsing so as to be ready for the big first show.According to Digital Spy, an audio – which was reportedly recorded at rehearsals in Seoul, South Korea – sees GaGa performing album track Government Hooker in preparation for her epic shows, kicking off these days.

Towards the end of the three minute clip, it has been alleged that Lady Gaga says: "Welcome to the Born This Way Ball" – fuelling speculation that Government Hooker will open the eagerly anticipated show.

Lady Gaga has also tweeted a twitpic with herself on stage:

"I will do anything for my fans! Having fun with the stage crew guys, screwing on the runway. A Real Iron Maiden!" 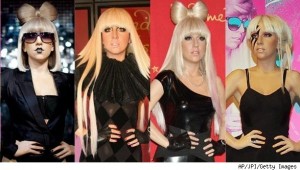 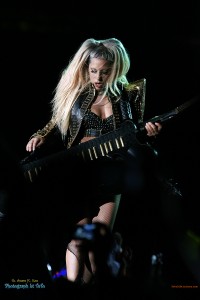