Going Gaga For History – Dream Of Gaga | Your #1 Lady Gaga Fansite For Your Daily Gaga Fix & The Official Greek Lady Gaga Source.
Skip to the content

Teens resent history because it can be boring, repetitive, and hard to understand. Adults claim to hate pop-music for the same reasons. So what happens when a high-school history teacher mashes these two things together? A YouTube success, apparently.

The YouTube channel History for Music Lovers was created by Amy Burvall and Herb Mahelona, who are both high school history teachers in Hawaii. They parody various historical events and icons by re-writing the lyrics of well-known pop-songs, dating back to the 60's.

Students around the world learn about the Black Death to the tune of Hollaback Girl by Gwen Stefani ("There ain't no cure for THAAAT, girl, you'll be dead in no time FLAAAT girl"), the art of Leonardo da Vinci to the tune of Dear Prudence, or my personal favorite: the life of Mary Queen of Scots to Jenny from the Block ("Don't be foolin' with the crown that I got, I'm still, I'm still Mary Queen of Scots").

The most-watched parody, with over 835,000 views, is Revolution in France,  sung to the tune of Bad Romance by Lady Gaga. The video's popularity probably has more to do with Lady Gaga than Marie Antoinette. This is what makes the videos so effective: students can learn history within the comforting cadences of pop-music.

I stumbled across this channel via Facebook, after a friend of mine in the middle of her Ancient History HSC preparation linked the Black Death video to another HSC-addled friend. "Whilst 'studying' for ancient I found this youtube channel–dunno if you can find something for Modern but hey" she wrote.

The videos are endearingly cheesy. They feature creator Amy Burvall in period and parody-appropriate wigs, green-screen colour saturation turned way up. Burvall is attractive and looks thirty-something; one YouTuber said "I wish I had a hot﻿ high school teacher that made music videos to teach history … I might actually have paid attention!" She also does her own singing.

But how did Burvall's channel evolve into a "study" tool for highschoolers worldwide?

"It really started out as something I did for my own amusement" says Burvall  in an email.  "We seemed to get ideas left and right – where everything suddenly became an idea for a song! The students took to them right away, and eventually began suggesting songs and topics."

Comments on Burvall's channel are resoundingly supportive, but the ones that she considers to be "disturbing" are remarks like: "Your video was more helpful than my textbook." At the same time, Burvall says the YouTube users who claim that they've learned more from the channel than the classroom validate what she and Herb Mahelona are doing.

"I do feel a bit sad when a student claims to have learned more about the French Revolution in 3 minutes than from 2 weeks of lecture, but then again, traditional textbooks and lectures … are really just longer 'summaries' of a topic."

"Sometimes I think our videos serve as a mere spark to deeper learning – well, that is what they are supposed to do. For example, Marat is not mentioned in our French Revolution video, but David's 'Death of Marat' painting is featured. You would only get that if you'd studied it or were prompted to by your teacher. We had someone write that they were intrigued by that clip, and had to research the painting afterwards on their own … they ended up spending hours doing so."

Honestly, I don't know who Marat is, and despite being entertained by Burvall's French Revolution video, I didn't feel the urge to find out. When I came across the channel, I was quite happy clicking from video to video, taking superficial delight in how historical events I had (and hadn't) learned about in class could be transposed into the time limit of a pop-song.

And maybe superficial delight is the point "It's not really a mission to change the world or our classrooms," says Burvall, "we do the videos for personal pleasure as a creative outlet and just thought they'd be helpful to some students and instructors. As it turned out, they were."

History for Music Lovers didn't teach me more than a history lesson. It didn't make me want to close out of Facebook or YouTube and feverishly research historical details. And I certainly wouldn't pay more attention in class if I had a hotter female teacher.  But for the first time, in the face of something that could be boring, repetitive, and hard to understand, I found something that was, quite frankly, fun. 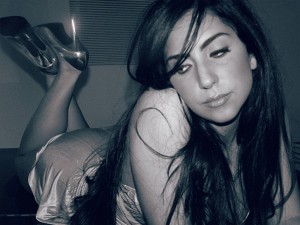 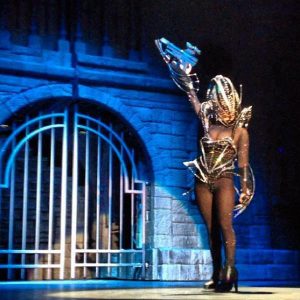