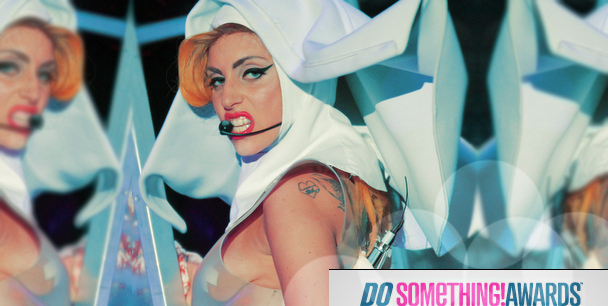 Lady Gaga is nominated for three awards at this year's Do Something general awards.To be more specific she is up for:

To VOTE for Lady Gaga and show her your love, click HERE!

Tune-in to watch the Do Something Awards Tuesday, August 21 at 9/8c on VH1