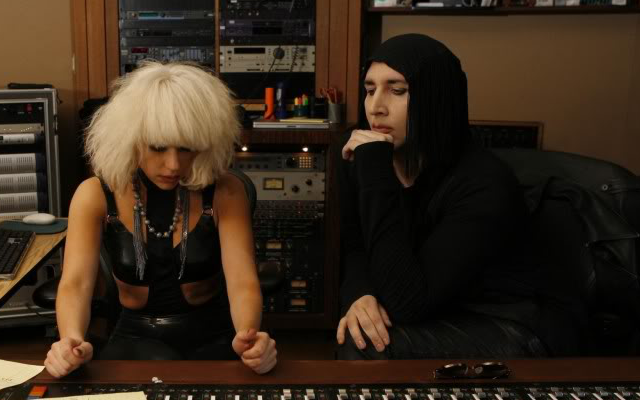 Marilyn Manson has given his opinion of Lady Gaga and has said that though he admires her, he "has a hard time liking her music".

The singer, who collaborated with Lady Gaga on a remix of her 2009 single 'Love Game', said that he wasn't keen on her musical output, though he did quite like Kylie Minogue and Justin Timberlake.

Manson then added that he thought having someone like Lady Gaga in pop music was a good thing. He added:

"I get the whole idea of what she's doing and I appreciate that. I don't think it's a bad thing, I think it's a good thing." He continued: "People like to identify with one single thing. I'm not one to knock her, she's obviously succeeded in what she's doing. It's not exactly the type of thing that I find myself listening to, but that doesn't mean I don't like her."