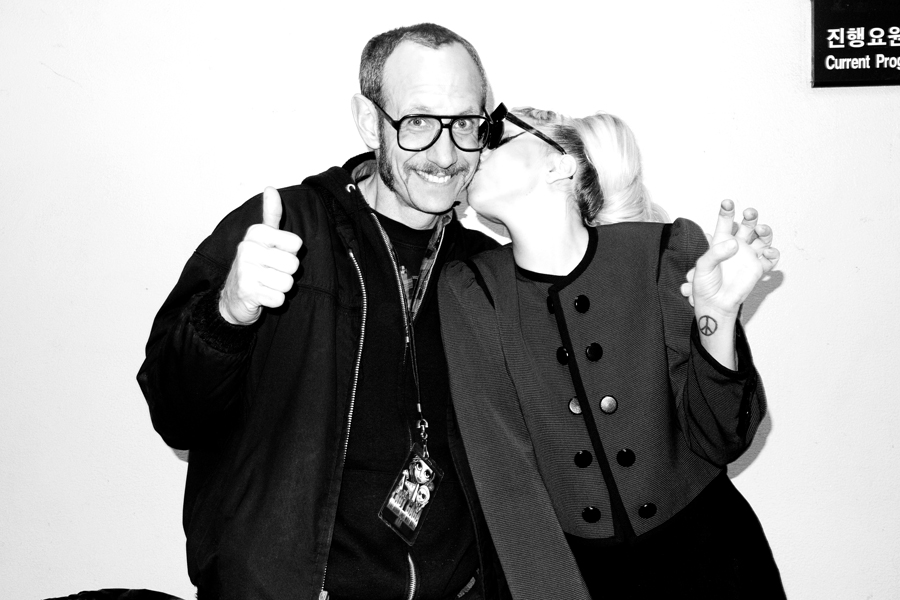 Top photographer, Terry Richardson who followed Lady Gaga's 'Monster Ball Tour' around in 2010 and 2011 during her worldwide shows,  has now joined the singer once again and has taken some fantastic backstage/on stage/rehearsal pictures of the brand new worldwide tour the 'Born This Way Ball'.

These photos were taken from the kickoff on the new tour in Seoul,Korea.Check out the images,after clicking the banner below: