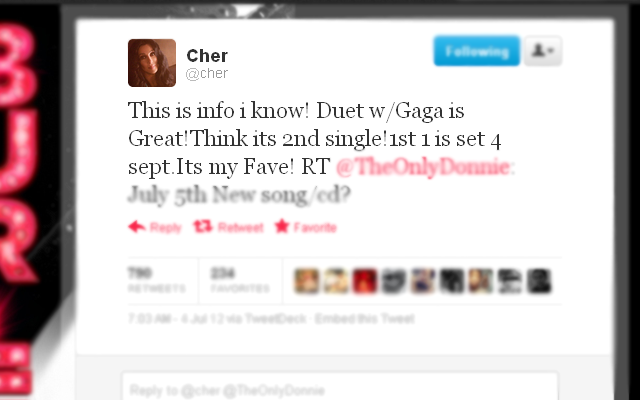 The globally well known singer Cher, has revelead using her Twitter that her duet song with Lady Gaga: 'The Greatest Thing' will be out in stores before this November.

Cher tweeted that 'The Greatest Thing' is scheduled to be the second single from her upcoming new album.Cher's first new single comes out this September!Her Lady Gaga collaboration song, will be released after that..