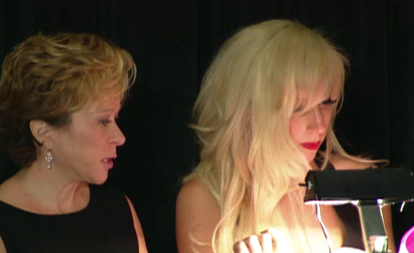 Lady Gaga as we all know, will make a guest star appearance on The Simpson's season finale Lisa Goes Gaga. Throughout the episode, Gaga is said to change outfits 18 times. Gaga says, "I think I was more nervous than I've ever been, because I have so much respect for the cast and crew." Lisa Goes Gaga will air May 20th at 8/7c on Fox.

View below  the behind the scenes footage of Gaga in action on The Simpsons: