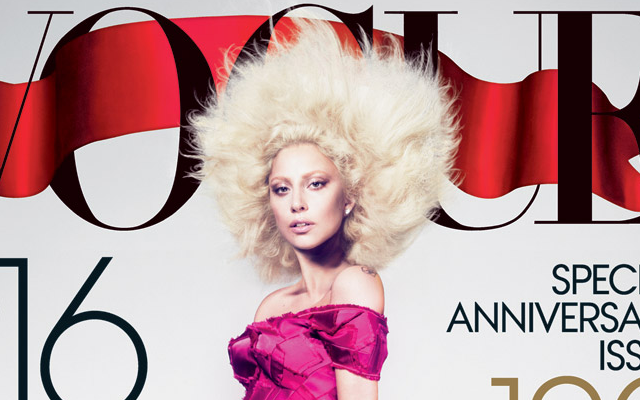 Landing the coveted spot in the world of magazines, Lady Gaga has taken over the front page of the September 2012 issue of US Vogue. This marks Gaga's second time on the cover and unlike the androgynous pink-wigged outfit the singer wore on the March 2011 cover, this time Gaga's sporting a purplish Marc Jacobs mermaid gown.

The September issue hits US newsstands on August 14th but you can head over to our GALLERY for pictures.

Vogue has last uploaded the behind the scenes film of the Mert and Marcus photoshoot and you can now watch it below: