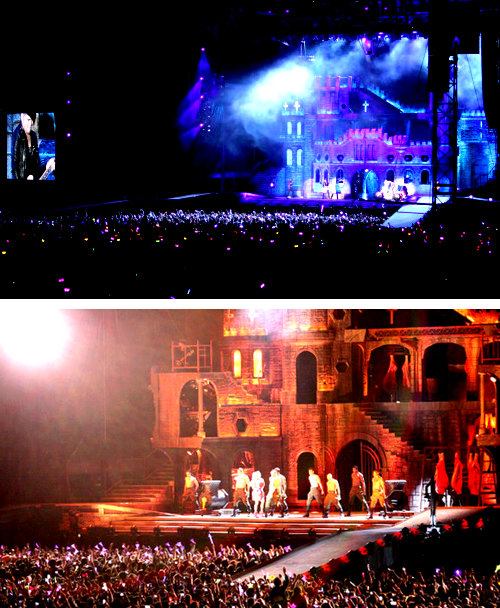 Lady Gaga's brandnew world tour stage, is the "largest scenic structure that's ever been built to tour," according to US Weekly. The stage, designed by Gaga and her creative team Haus of Gaga, took several months to construct and includes an enclosed area surrounded by a catwalk known as "The Monster Pit," a general admission area for hardcore fans who arrive early to the show.

The very first Little Monster to arrive is given a commemorative key for the pit. The stage is modeled after a Gothic castle featuring viewing towers, intricate carvings and other medieval trappings.