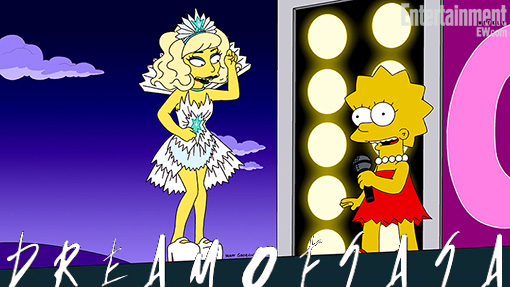 It has been revealed  that Lady Gaga will sport 18 different outfits when she appears in an episode of 'The Simpsons' later this month.Gaga, will make a cameo appearance in the Season 23 finale which airs on US TV later this month with the animators behind the show free to do what they wanted with a character as cartoon-like as Gaga.

According to Entertainment Weekly, the episode sees Lady Gaga playing herself and stopping by Springfield to try boost the spirits of Lisa, who has become a complete social outcast after a plan to put positive things about herself on the school blog goes wrong.