Ostensibly, this is an event designed for the dissemination of information on the performance, with the artist — in this year’s case, Lady Gaga — speaking directly to the media for the first and only time ahead of the big game.

Only Gaga — like every Super Bowl halftime performer that has done this news conference before her — is unwilling to part with any information about her show. This makes sense, of course: Half the fun of a halftime show is guessing what it will look and sound like. Why introduce spoilers three days before the show?

So Gaga non-answered like a skilled deflector. Questions about the setlist, special guests, costume changes, stage plans and Beyonce — always questions about Beyonce — were met with differing polite versions of a “No comment.”

This made the news conference a success for both Gaga and the NFL. The goal for us was to learn nothing … and it was a grand success on that front! Pretty much. Our takeaways from the annual spectacle:

» Did you know Terry Bradshaw was a Little Monster? Of course you didn’t, but, yeah, now you do. The Steelers legend-turned-FOX analyst was seated in the audience during the Q&A session and asked if Gaga planned to play “Edge Of Glory” — a personal favorite of the erstwhile Blonde Bomber.

Gaga non-answered but had a fun back-and-forth with Bradshaw, who at one point asked if Gaga’s grandmother — a huge Steelers fan — was single. You really have to hand it to Ol’ Terry: He’s mastered the buzzed uncle schtick. (Mike Tomlin declines to hand it to him).

Gaga said she was watching Super Bowl halftime shows before she even knew she wanted to be a songwriter. Michael Jackson’s Super Bowl performance in 1993 stands out to her.

“Watching Michael Jackson do the halftime show is one of the fondest memories that I have,” she said. “He encapsulates everything that you love about a great performer. You watch him go on stage and you can see he’s getting his head into the zone and he’s having a true defining moment. It’s what it must feel like to be a champion.”

(Side note: It’s interesting how MJ’s halftime show has picked up steam in the all-time rankings in the years since his 2009 death. A performance that once appeared consigned to the dustbin of history is now increasingly spoken of in hushed tones. I mean, Lady Gaga told millions of people on Thursday that Jackson’s halftime show two decades ago is one of the fondest memories that she has. In her life. Jackson is non-living proof that sometimes the best thing that can happen to your legacy is to disappear forever.) » There’s been speculation that Gaga could use the stage at the Super Bowl to address, ahem, current events in the country. It doesn’t sound like a pointed “statement” is coming.

“The only statements that I’ll be making during the halftime show are the statements that I’ve been consistently making throughout my career. I believe in compassion for inclusion, I believe in the spirit of equality and the spirit of this country as one of love and compassion and kindness so my performance will uphold those philosophies.” OK then.

» Is anybody else not totally bowled over by the comedic stylings of James Corden’s sisters? Is that the point of it? I concede I could be missing something here.

» Beyonce announced Wednesday that she’s pregnant with twins. She has two future human beings growing inside her. Hard truth. And Gaga still got multiple questions about whether Beyonce will show up at the halftime show in some capacity. Such is the power of Bey.

» I always get a kick out of the halftime performer refusing to state who they are pulling for in the Super Bowl. As if the singer’s rooting interest in the weekend’s prominent football game is a matter of national security. Take Luke Bryan — who spoke before Gaga and will sing the national anthem — that guy was born and raised in Georgia and he still seemed deeply uncomfortable saying he was rooting for the Falcons. C’mon, man. Just a great tradition here.

» I found this interesting: Gaga and her team have been rehearsing on a replica Super Bowl stage, going through the full 13-minute show over and over. Planning included physical training, the creation of a “story”, musical score, choreography and pyrotechnics. It’s a reminder of how big a deal this is and how much preparation goes into it. Gaga promised a “tremendously athletic show”, which is probably code for “I’ll be hanging from a wire at some point.”

“Are you going to blame that on the Patriots?” Gaga asked, drawing laughs.

“Everything is going to be nice and tight for the game, so I wouldn’t worry about that … unfortunately … some of you may have been excited for that.”

I’m giving Gaga a 9/10 on the In-Person Charisma Scale. This is a vital, underrated aspect of a successful halftime show. This should be good. 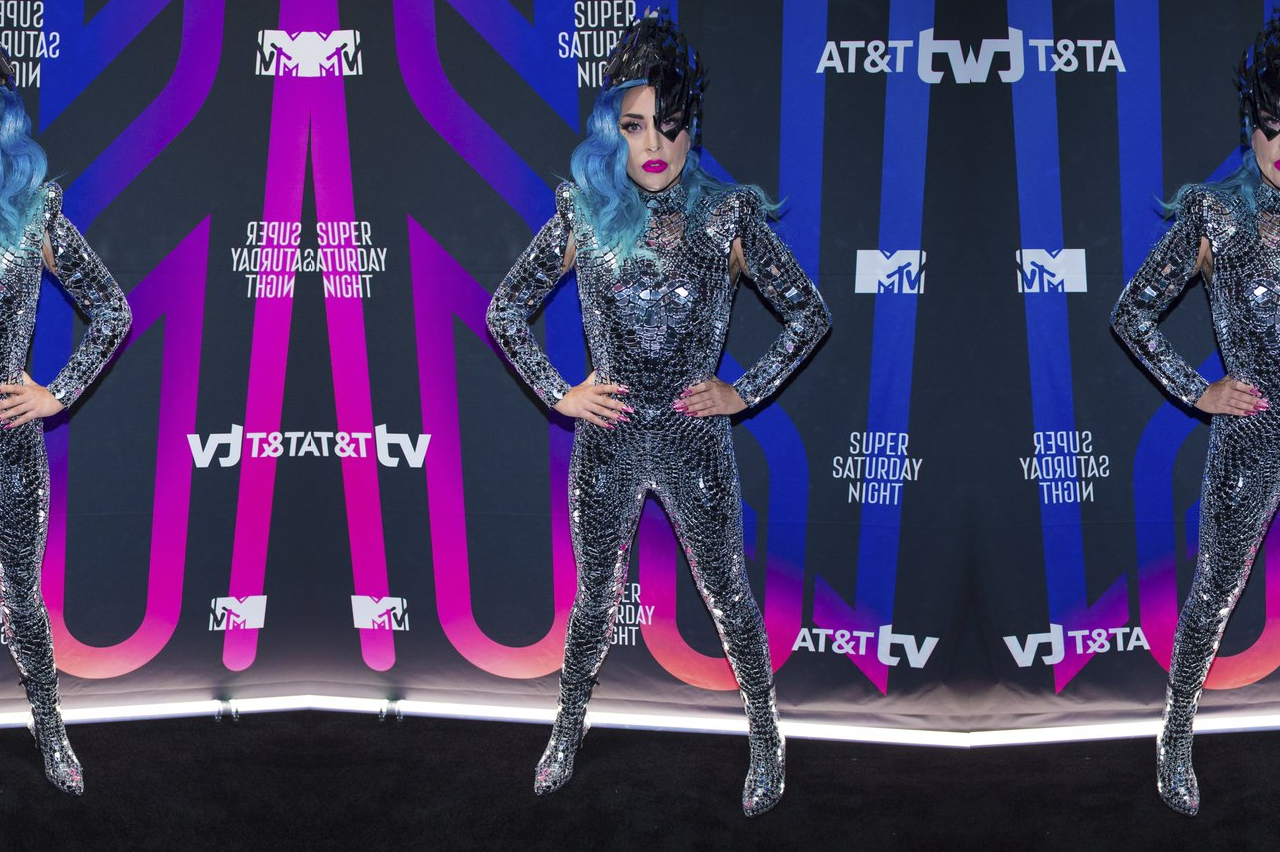