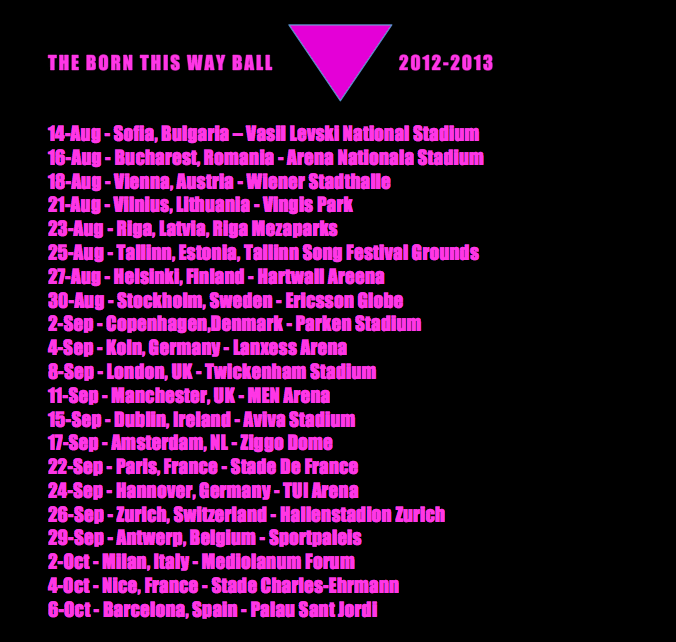 Great news coming for european little monsters, as the first 21 tour dates have been revealed today for her Born This Way Ball tour in Europe and those shows will be followed by the rest of the world including dates in Asia, Latin America and North America.

More European dates are set to be announced these days, so stay tuned for more!